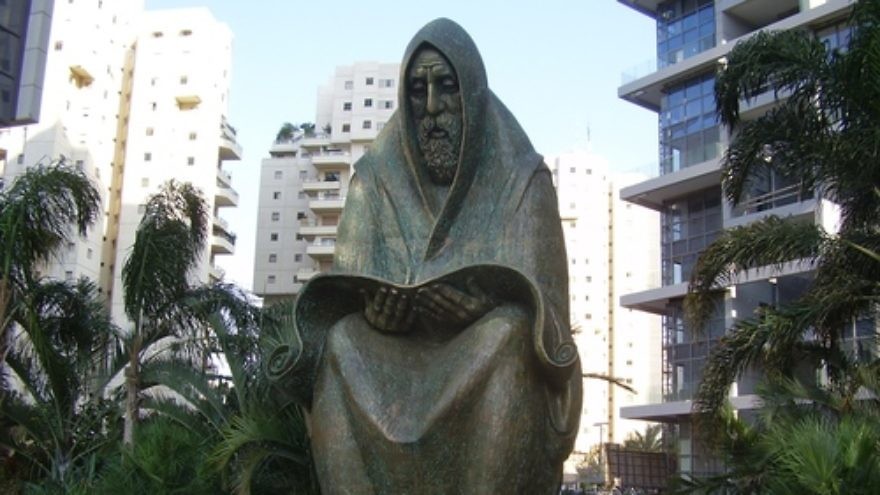 A monument in Ramat Gan, Israel, serves as a memorial for the Iraqi Jews who were killed during the Farhud (“violent dispossession”) of 1941 (Photo Credit: PikiWiki Israel)

This article was originally published on JNS.org.

Some 70 years after the exodus and expulsion of as many as 850,000 Jews from Arab states and Iran, the heads of communities of Jews from Arab countries are demanding that the United Nations officially recognize the suffering they were forced to endure.

In a letter to UN Secretary General António Guterres, community leaders, among them Dr. Shimon Ohayon, director of Bar-Ilan University’s Dahan Center and chairman of the Alliance of Moroccan Immigrants wrote, “While the UN organizes events to mark the departure of 450,000 Palestinians from Israel upon the establishment of the state, following a war imposed on Israel, we do not see recognition of the expulsion of Jews from Arab countries.”

“We believe the UN strives for justice for all refugees around the world, including Jewish refugees who were expelled from Arab lands. We therefore seek to establish a memorial day for the Jews’ expulsion from Arab lands,” the letter said.

Bari-Ilan University was set to host a symposium on Tuesday on the subject to educate members of the younger generation on the subject.

The State of Israel is set to commemorate the expulsion on Nov. 30.