Many people know the Balfour Declaration of Nov. 2, 1917 and the U.N. Vote on the Partition Plan on Nov. 29, 1947 as the two main international political events that led to Israel’s Declaration of Independence on May 14, 1948. 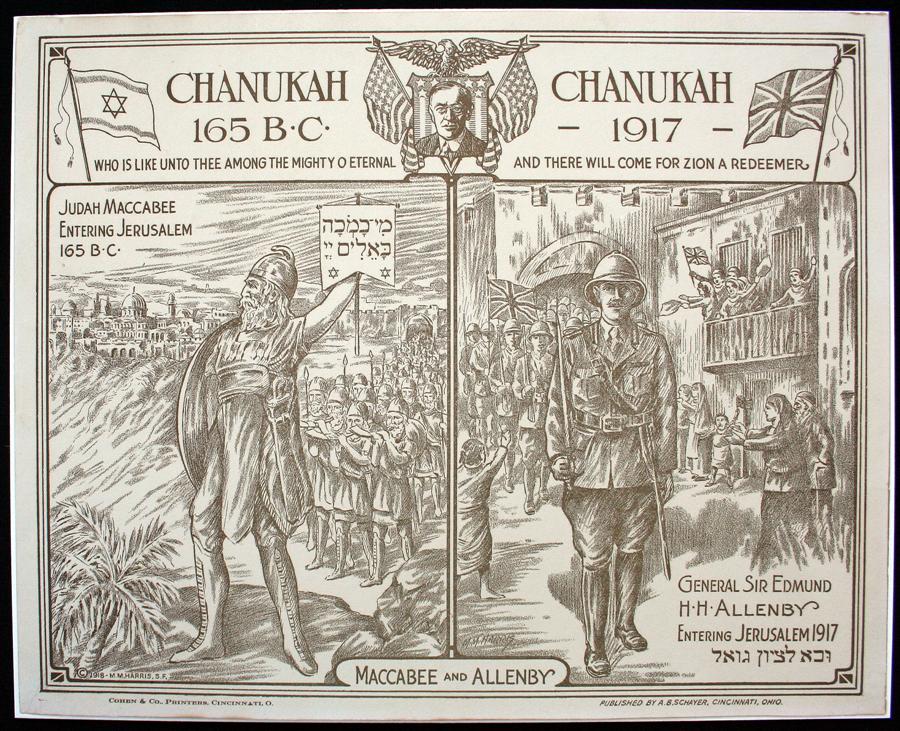 On December 11, 1917, which was the eve of Hanukkah, General Allenby led the British troops into Jerusalem. Allenby was hailed as the savior of the Jews, especially in light of the fact that one month earlier Britain had issued the Balfour Declaration.

However, there is a misconception that the Balfour Declaration was just a letter of intent, and not a binding legal document. The reason for this misconception is that most people are not aware of the San Remo Conference which took place on April 19, 1920, lasted for seven days and published its resolutions on April 25, 1920. These seven days laid the political foundation for the creation of the 22 Arab League States and the one and only Jewish State of Israel.

The full text of the Balfour Declaration became an integral part of the San Remo resolution and the British Mandate for Palestine, thereby transforming it from a letter of intent into a legally-binding foundational document under international law.

Did the Arabs oppose the creation of a Jewish State at San Remo? The answer is a resounding NO! 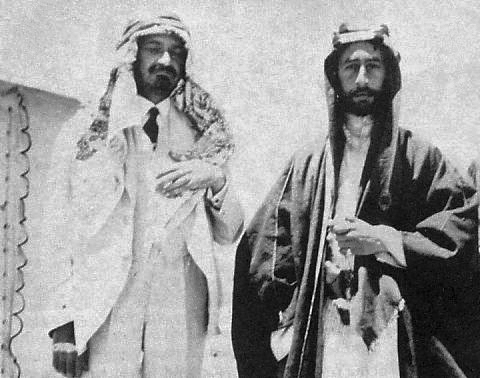 At that time they were focused on the creation of independent Arab states and had no objection to the establishment of a tiny Jewish state in Palestine. This was formalized in the Weizmann-Feisal agreement which led to the League of Nations recognizing the Land of Israel (then Palestine) as the homeland of the Jewish people.

Here is part of the text of the agreement (see link below for full text). Note that Feisal distinguishes “The Arab State” from “Palestine” which is understood to mean “The Jewish State”:

“His Royal Highness the Emir Feisal, representing and acting on behalf of the Arab Kingdom of Hejaz, and Dr. Chaim Weizmann, representing and acting on behalf of the Zionist Organization, mindful of the racial kinship and ancient bonds existing between the Arabs and the Jewish people, and realizing that the surest means of working out the consummation of their national aspirations, is through the closest possible collaboration in the development of the Arab State and Palestine, and being desirous further of confirming the good understanding which exists between them, have agreed upon the following articles…

In the establishment of the Constitution and Administration of Palestine all such measures shall be adopted as will afford the fullest guarantees for carrying into effect the British Government’s Declaration of the 2nd of November, 1917 (the Balfour Declaration)…

All necessary measures will be taken to encourage and stimulate immigration of Jews into Palestine on a large scale, and as quickly as possible to settle Jewish immigrants upon the land through closer settlement and intensive cultivation of the soil. In taking such measures the Arab peasants and tenant farmers shall be protected in their rights, and shall be assisted in forwarding their economic development.”

In the following video you can watch first-hand testimony by one of the British diplomats who was actually in the negotiation rooms about how the Emir Faisal and Lawrence of Arabia both supported the establishment of a Jewish homeland in Israel, and how the document known as the Faisal-Weizmann Agreement came about:

At 2:30 watch how the Jewish Legion fought alongside the Arabs and British to capture the east bank of the Jordan river from the Ottomans in 1918.

At 4:30 watch Anwar Nusseibeh explain how Arabs in Palestine saw themselves as pan-Arabists who were part of Syria. They did not have any notion of an independent “Palestinian people” and no separate identity beyond pan-Arabism.

Emir Faisal, the sole recognized representative of the entire Arab people in 1918, fully supported the claim of the Jewish people to their historic homeland, while he had his eyes on the bigger prize: Syria, Jordan, Saudi Arabia, Iraq, Lebanon, Egypt (none of which were independent before WW I). In fact, very few of today’s nation-states existed before World-War I. 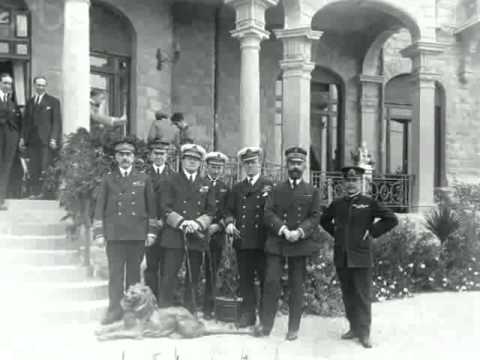 Indeed, World-War I is considered the dawn of most modern nation-states. Four massive empires crumbled in its aftermath and were divided up into nation-states: The German, Austro-Hungarian, Russian and Ottoman empires. At that time, nations that had aspirations for self-determination stepped forward and presented their claims for independence to the League of Nations (the precursor to the United Nations). The Arabs stepped up as one single unified nation, and the Jews stepped up as another.

As you can see from eyewitness reports in the video above, the Arabs of Palestine viewed themselves as Syrian and as pan-Arabs. They had no aspirations for independence. Only later, once they secured all the rest of their Arab lands, did the Arabs change their story and put the Land of Israel under the microscope, redefining the conflict as Jews against Palestinian Arabs within that small territory, rather than what it originally was: returning a small patch of Ottoman empire land to its rightful owners, the Jewish people, while dividing 99% of the land among the Arabs. 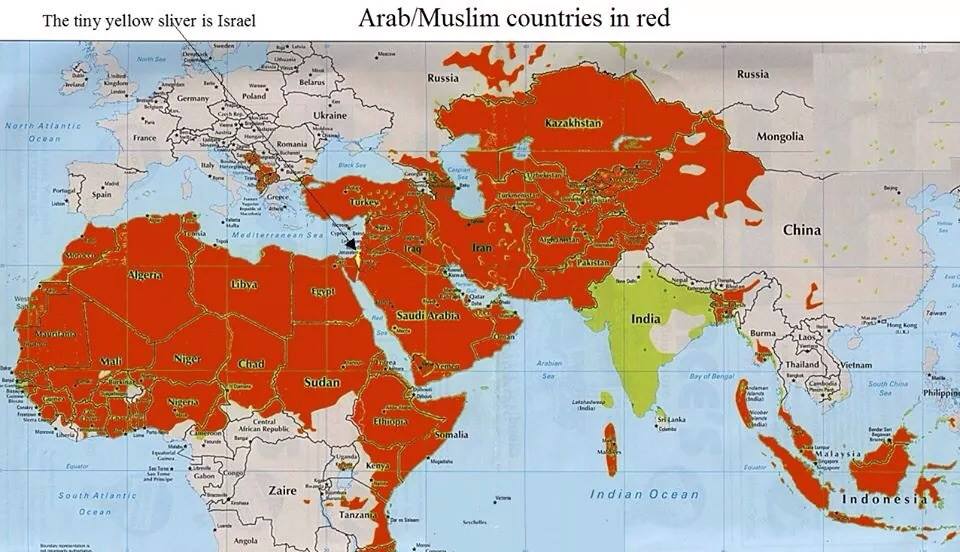 The results of the Paris (1918) and San Remo (1920) conferences of the League of Nations was the Mandate for Palestine, granted to the British government for the sole purpose of establishing a Jewish homeland in the Land of Israel:

“Whereas recognition has been given to the historical connection of the Jewish people with Palestine and to the grounds for reconstituting their national home in that country.”

There are two key legal points in the above statement (as pointed out by Dore Gold in the video at the end of the blog) which establish the Jewish people as the indigenous people of Palestine, and shatter the “Zionists are Colonialists” fallacy.

1. It recognizes that the “historical connection of the Jewish people with Palestine” is a pre-existing right (“grounds for“), not a newly-granted right.
2. It calls for “reconstituting” their national home, not building a new national home from scratch.

It is essential that we protect the truth that formal recognition of Israel as the Jewish national home became binding international law not in 1947 or 1948, but in 1920, when the resolutions of the San Remo conference were included as part of the Treaty of Sèvres (August 1920), and were adopted and signed unanimously by all 51 countries of the League Of Nations.

You can also find more detailed information about the San Remo conference and the legal foundations of Israel as the Jewish homeland at Eli Hertz’s excellent website: http://www.mythsandfacts.org/. This includes a printable PDF and a PowerPoint Presentation which you can use to present this material.