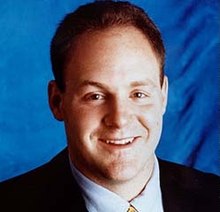 Danny Lewin, veteran of the IDF’s elite commando team, outstanding graduate of Israel’s Technion and MIT PhD student at MIT will be forever remembered for his attempt to prevent the hijacking of Flight 11, becoming the very first victim of 9/11.

Danny Lewin first walked into Samson’s Gym in Jerusalem in 1985 accompanied by his best friend, Aviad, the son of Peace Now pioneer activist Janet Aviad. Despite Danny not yet being 15, he came armed with a series of questions about Jerusalem’s legendary fitness facility, the first of its kind in Israel, and the much-talked-about new attraction in Israel’s capital. After asking about the equipment, the rates, the hours, and the type of workout program that he had hoped to get from one of the muscular instructors who seemed to epitomize the gym’s name, Danny asked a question that would seem haunting a decade and a half later. “Why are there no Arabs here and what are you afraid of?” His question seemed more a comment that stood to support the argument that would soon follow when his close friend brazenly challenged the gym’s unspoken policy.

The gym owner’s responded in his typically blunt manner: “Because we don’t want any trouble—”; yet, before he could further clarify, Danny Lewin boldly asked again: “What about the good Arabs?!”

Less than a month into their initial three-month membership, Aviad dropped out. The sport was simply too demanding. Danny, on the other hand, became more and more committed, visiting Samson’s Gym even on the days he didn’t train. He saw it as his home away from home, convinced that it would serve as the vehicle by which he would transform his life, helping to develop a fine-tuned body that would complement his noticeably gifted mind. His friends marveled, and the mirror reflected evidence of the rapid development of a determined, motivated, and aspiring muscle man.
There was something special about Danny; he radiated a sense of independence more fitting of someone twice his age. Only weeks into his membership, he asked if he could get a job at the gym and join the small team of instructors who were already well recognized as they walked the streets of Jerusalem wearing the coveted Samson’s Gym trainer tee shirt. Not taking no for an answer, he asked again a few weeks later. And yet again, a few weeks later, offering to “do anything” to become part of the team. Anything! And so it was. Still new to the iron game, 15-year-old Danny Lewin rushed to Samson’s Gym from school every day—to sweep the floors, mop the showers, and, yes, to clean the toilets. He could finally call himself part of the Samson’s team. A year and a half later, the now-muscular Lewin was ready to be an instructor—training a cadre of Jews, young and old, to believe in themselves and the inner strength that they possess.
After breezing through high school and matriculation exams, Danny volunteered and served in Sayeret Matkal, the IDF’s most elite commando unit. He married at 21 and raised two young boys with his wife. He received his B.S. from the Technion, working long hours as a teaching assistant there and as a researcher for IBM in Haifa.

In 1996, Danny accepted a scholarship to study computer science and mathematics at MIT. Two years later, while working on his Ph.D., he founded Akamai Technologies which offered a new and revolutionary way to deliver content over the Internet. By 2001, Danny was widely recognized as one of the most influential technologists of his generation. One well-known trade publication ranked him as the seventh most important technologist in the world. His impact on people was so strong that, even today, battle-hardened CEOs and IDF sharpshooters get choked up when talking about him, in part, because his rise was so quick, so spectacular, and so tragically short.
On the morning of September 11, 2001, Danny Lewin boarded American Airlines Flight No. 11 in Boston, expecting to reach Los Angeles. Instead, the flight was hijacked and commandeered by Arab terrorists, crashing into the North Tower of the World Trade Center. On that fateful flight, Danny Lewin became the very first victim of the largest terrorist attack in history in which almost 3,000 Americans died. An internal memorandum of the Federal Aviation Administration says “that in the course of a struggle that took place between Lewin, a graduate of Israel’s elite commando unit, Sayeret Matkal, and the four hijackers who were assaulting that cockpit, Lewin was murdered by Satam Al Suqami, a 25-year-old Saudi.”

Sometime after the attack, the Lewin family in Jerusalem received a telephone call from the FBI offices in New York. On the line was the agent responsible for the investigation of the attack on Flight 11. He told Danny’s parents that there is a high degree of certainty that Danny tried to prevent the hijacking. The FBI relied, among other things, on the testimony of the stewardess Amy Sweeney.
Sweeney succeeded in clandestinely getting a call out during the flight to a flight services supervisor in Boston, from the rear of the plane: “A hijacker slit the throat of a passenger in business class and the passenger appears to me to be dead.” To this day the American investigators are not convinced that Danny Lewin was murdered on the spot. An additional stewardess, Betty Ong, who succeeded in calling from a telephone by one of the passenger seats, said that the passenger who was attacked from business class seat 10B was seriously wounded. It turned out that 10B was the seat of Danny Lewin.
The Lewin family, Danny’s parents and brothers, have no doubt that Danny battled the hijackers. And it is for them a tremendous consolation. “I wasn’t surprised to hear from the FBI that Danny fought. I was sure that this is what he would do,” Yonatan, his younger brother, said. “Danny didn’t sit quietly. From what we heard from the Americans, the hijackers attacked one of the stewardesses and Danny rose to protect her and prevent them from entering the cockpit. It is a consolation to us that Danny fought. We see it as an act of heroism that a person sacrifices his life in order to save others. That battle in the business section ended quickly. Lewin was overcome and bled to death on the floor. Two additional flight attendants were knifed and the captain was murdered. The hijackers were already inside the cockpit. They announced to the passengers to remain quiet in their seats.

As we fathom the tragic details of the incredible life journey of Danny Lewin, Hy’d, from mopping up the locker rooms of Samson’s Gym in Jerusalem to the pinnacle of the high tech industry in America, I am reminded of Danny’s question back in 1985, “What about the good Arabs?” Indeed, as we grasp the dimensions of 9/11 from a 10-year perspective, where were these “good Arabs” who rejected this compulsive need to murder one’s way to Islamic glory? Where are they today?

Danny Lewin H’yd –father, son and husband, a veteran of the Israel Defense Force’s elite commando team, the outstanding graduate of Israel’s Technion Institute, an accomplished PhD student at MIT and co-founder of the Internet giant Akamai Technologies will be forever remembered for his heroic attempt to prevent the hijacking of Flight 11 becoming the very first victim of 9/11.

*this article was prepared with the assistance of Mr. Meir Jolovitz. the legendary founder of Samson’s Gym in Jerusalem

The writer, a 25-year veteran of the I.D.F Medical Corp., served as a field mental health officer. Prior to retiring in 2005, served as the Commander of the Central Psychiatric Military Clinic for Reserve Soldiers at Tel-Hashomer. Since retiring from active duty, he provides consultancy services to NGO’s implementing Psycho trauma and Community Resilience programs to communities in the North and South of Israel. Is a former strategic advisor on Public Diplomacy for the Office of the Chief Foreign Envoy of Judea and Samaria.              To contact: medconf@gmail.com