Palestinians??? The Arabs exercised their right to self-determinism when they voted for Abdullah I the King of Jordan to be their sovereign at the December 1948 Jericho Conference. Then they tried to overthrow the Hashemites during “Black September 1970” and now they claim the Oslo Accords gives them rights. Under Oslo they exercise full autonomy so what Arabs is it that she [Ilhan Omar] talking about??? In 1977, Zuheir Mohsen, PLO Executive Council member, articulated the goals of the new “peoplehood” strategy saying, “The Palestinian people does not exist…. The creation of a Palestinian state is only a means for continuing our struggle against the state of Israel…. It is only for political and tactical reasons that we speak today about…the existence of a distinct ‘Palestinian people’ to oppose Zionism.”
Moreover, As Hamas Minister of the Interior and of National Security Fathi Hammad speaking on Al-Hekma TV said in March 2012: “Brothers, half of the Palestinians are Egyptians and the other half are Saudis. Who are the Palestinians? We have many families called Al-Masri, whose roots are Egyptian. Egyptian! They may be from Alexandria, from Cairo, from Dumietta, from the North, from Aswan, from Upper Egypt. We are Egyptians…” 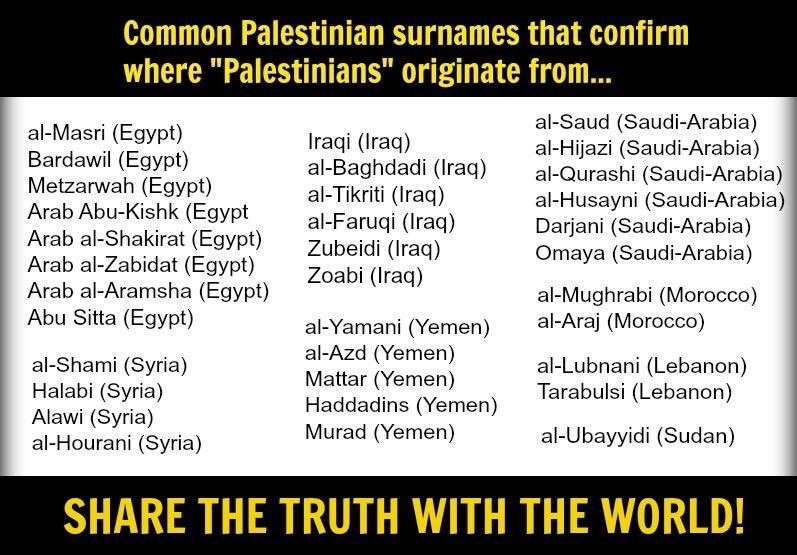