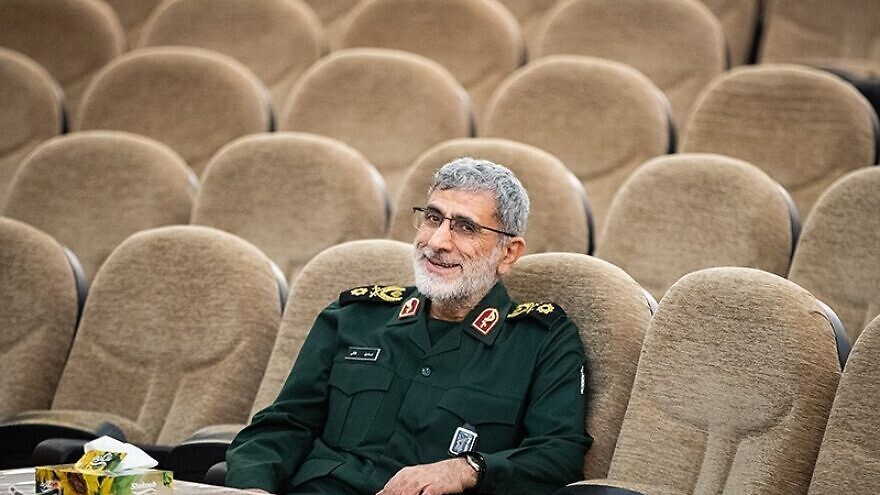 (January 6, 2020 / MEMRI) Iranian Islamic Revolutionary Guard Corps General Esamil Ghaani, the new commander of Iran’s elite Quds Force, pledged on Monday to “continue the path” of his predecessor Qassem Soleimani and “bring about the global rule of the Hidden Imam.”

Asked by a reporter with Iran’s IRIB News to make a promise to “the general of our hearts” Soleimani, who was killed in a U.S. airstrike in Baghdad, Iraq on Friday, Ghaani replied that his first promise was “to continue the path of the martyr Soleimani with the same determination.”

“We will take many measures to remove the American presence from the region” and to bring about the “global rule of the Hidden Imam,” said Ghaani.

The reporter then asked Ghaani for a promise of revenge, calling it “the demand of the people.” Ghaani replied that while the main avenger of Soleimani’s death will be God, “obviously, some actions will be taken.”

Ghaani was speaking at Tehran Airport at the arrival of Soleimani’s casket in the Iranian capital.