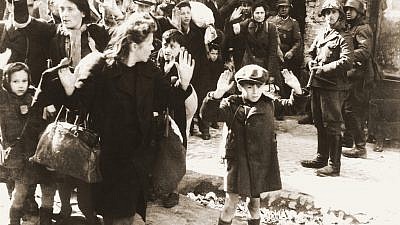 (January 22, 2020 / JNS) If you want to understand the true obstacle to Mideast peace, look no further than the Jordanian parliament’s unanimous approval last week of a bill to ban natural-gas imports from Israel, just days after the gas began arriving.

Energy-poor Jordan needs a stable, affordable fuel supply, which the Israeli deal provides. When it was signed in 2016, the Jordanian government said it could save the country $500 million a year—almost 4 percent of Jordan’s 2019 budget and more than half its projected deficit for that year (the actual deficit was apparently higher). In short, the deal would let the kingdom redirect significant amounts of money to some of its other crying needs.

But that doesn’t interest Jordanian lawmakers. What they care about is that this is “the gas of the enemy,” to quote protesters against the deal.

They also don’t care that Jordan and Israel signed a peace treaty 25 years ago. As last week’s vote made clear, every single Jordanian lawmaker still views Israel as an enemy with whom trade is anathema, even if Jordan itself would benefit greatly. That stance is wildly popular: Almost all Jordanians have an unfavorable view of Jews and similar views of the Jewish state.

Israel’s egregious efforts to accommodate Jordan’s anti-Israel sensibilities didn’t help, either. The gas comes from a field developed by an Israeli company, Delek, in partnership with an American one, Noble Energy. But to enable the deal to move forward, the partnership acceded to the Jordanian power company’s demand that no Israeli entity be party to the contract. Officially, therefore, the contract isn’t with Israel, but with Noble’s American marketing subsidiary.

The deal will most likely go ahead despite parliament’s objections because though King Abdullah is happy to let his lawmakers spout anti-Israel rhetoric, he rarely lets them interfere with anything that he considers an important Jordanian interest. And for now, despite the country’s growing unrest, Abdullah’s grip still seems firm.

But regardless of what happens to the gas deal, the vote shines a spotlight on two errors that have consistently undermined Western peacemaking efforts.

The first is underestimating the depth of Arab hatred for Israel, and therefore failing to grasp that this is the principal obstacle to peace. Westerners tend to assume that everyone the world over basically wants the same things—peace and prosperity—and therefore, all sides should be happy to make compromises for peace. But in reality, as the Jordanian vote shows, neither peace nor prosperity is a prime motivator for many people in this part of the world, whereas hatred is a very powerful motivator.

A corollary of this, incidentally, is that the Western belief in an economic “peace dividend” is pure fantasy. Peace treaties can’t provide a significant economic boost when one signatory largely refuses to do business with the other; consequently, neither the Israeli-Jordanian nor the Israeli-Egyptian treaty has produced major economic benefits for any of the countries involved. A 2018 study by the Tony Blair Institute for Global Change found that Israel’s trade with the Gulf States—with which it has no official relations—exceeds its trade with Egypt and Jordan combined.

This doesn’t mean that economic ties are useless; they undoubtedly play a positive role. Jordan has derived benefits from its peace with Israel, including the tens of millions of cubic meters of water a year that Israel is treaty-bound to provide, as well as a vital route for trade with the West (after the Syrian civil war made Jordan’s former route through Syria impassible, goods started going through Haifa Port instead). These benefits presumably contribute to Abdullah’s reluctance to capitulate to parliament’s periodic demands to scrap the treaty. But when material interests collide with Arab hatred of Jews and the Jewish state, the latter often wins.

The second major Western fallacy is that peace obviates the need for defensible borders. Granted, the Jordanian and Egyptian borders are both currently peaceful; Israel’s security cooperation with both countries is close; and both these facts will likely remain true as long as the current Jordanian and Egyptian rulers hold power. But as the Arab Spring made clear, no Mideast autocrat’s reign comes with a long-term guarantee. And given the enormous public hostility to Israel in both Jordan and Egypt, there’s also no guarantee that a new government wouldn’t scrap the treaty.

Although the treaty with Egypt did survive the Muslim Brotherhood’s brief time in power, it’s far from clear that would have remained true had President Mohammed Morsi not been ousted after a mere year in office, long before he had time to implement most of his plans. And it’s even less certain that the Jordanian peace would survive Abdullah’s fall, judging by last week’s parliamentary vote and many similar votes in the past. In that scenario, Israel’s longest border could become a hostile one overnight.

The unabated hostility to Israel among most of its neighbors, coupled with the uncertain future of any agreement signed with a dictator, means that Israel can’t afford to assume any treaty is permanent. It must be prepared to defend itself if a new Arab government scraps the treaty. Indeed, both the Jordanian and the Egyptian treaties were drafted with that in mind, and that’s also why even Israel’s main center-left party insists on retaining the Jordan Valley in any deal with the Palestinians. Yet Westerner peacemakers routinely dismiss the need for territorial depth and favorable topography, insisting that “international forces” (who will run if trouble erupts) and unspecified “technological means” provide sufficient protection.

The Jordanian vote is a reminder that hatred is strong and peace is fragile. If would-be peacemakers don’t start confronting this hatred rather than pretending it doesn’t exist, long-term prospects for peace are dim. And in the meantime, any treaty will have to include defensible borders.

Evelyn Gordon is a journalist and commentator living in Israel.