(January 27, 2020 / JNS) What was the context of U.S. Secretary of State Mike Pompeo’s recent declaration about the legality of Israeli West Bank settlements? And why does it matter?

Palestine is a region that Christians commonly called the Holy Land, and Jews traditionally called the Land of Israel. The West Bank is the area within Western Palestine that Jordan conquered in the 1948-49 War of Independence and then lost to Israel in the 1967 Six-Day War.

Jews have lived in Palestine since the days of the Bible. The Romans called the land Judea and then changed its name, which was how it came to be known as Palestine.

The land was conquered many times.

For our purposes, it’s enough to note that the Turks conquered it in 1517. They owned it and the surrounding territory for 400 years. Throughout that period, Jews lived in Palestine, including in what is now called the West Bank.

Then, in World War I, the Turks joined the German side and were defeated by the Allies. In that war, Palestine was among the enemy lands that Britain conquered.

The British then ruled Palestine for three decades, until 1948. In that period, they banned Jews from settling in Eastern Palestine, but they allowed Jews to live in Western Palestine, including the area now called the West Bank.

In 1948, Britain relinquished control over Western Palestine, and Israel declared independence. Its Arab neighbors launched a war to destroy it. In that war, the Kingdom of Jordan (then known as Transjordan) conquered the West Bank and claimed to annex it. Jews were no longer allowed to live in the West Bank.

But 19 years later, in 1967, Jordan joined another Arab war against Israel. In that war, Israel conquered the West Bank. Jews then created the various towns and villages that are commonly called “settlements” and are our subject today.

So, for thousands of years, Jews could and did live in the West Bank, a part of the ancient Jewish homeland. From 1948 until 1967, Jordan prohibited Jews from living there. And for the last half-century, Jews have been living there again. Yet President Jimmy Carter’s administration decided that the anomaly was the norm. It asked itself whether Jews should be allowed to live in the West Bank, and it chose to find its answer not in the broad sweep of history or in a comprehensive legal analysis, but in the odd 19-year period when Jordan banned Jews from living in the territory. 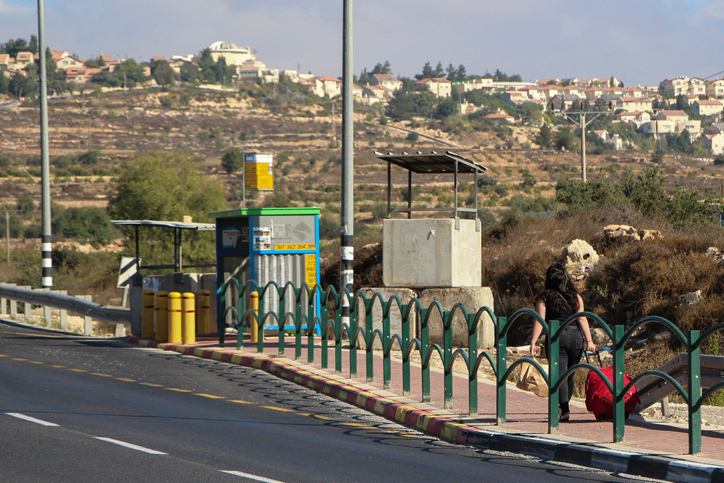 Herbert Hansell was the legal adviser of the State Department in the Carter administration. In 1978, he wrote a letter to members of Congress saying that the Jewish settlements in the West Bank (and Gaza) were “inconsistent with international law.” This was the first time that the U.S. government officially made that assertion.

In 1981, President Ronald Reagan said he disagreed with the Carter administration and did not believe that the Israeli settlements were illegal.

For the next 25 years, U.S. governments refrained from calling the settlements illegal. Then, in its final weeks, the Obama administration voted for a U.N. Security Council resolution that condemned Israel on many grounds, including that its West Bank settlements are “a flagrant violation under international law.”

Finally, this past Nov. 18, U.S. Secretary of State Mike Pompeo delivered a prepared statement criticizing the Obama administration for reviving criticism of (as he put it) the “supposed illegality of settlements.”

“This administration agrees with President Reagan,” said Secretary Pompeo. “The establishment of Israeli civilian settlements in the West Bank is not per se inconsistent with international law.”

Let us now focus on the 1978 Hansell letter. It’s a flawed piece of work. The major flaw is that there are two major sources of Jewish and Israeli rights in the West Bank: the first is the 1922 Palestine Mandate and the second is the 1967 war. But Mr. Hansell addressed only the second of these.

What was the 1922 Palestine Mandate?

After World War I, the Allies could simply have annexed the lands they won in the war. That would have been in line with long-established principles of international law regarding conquest. But embracing the progressivism of the age, in the service of liberal principles of democracy and self-determination, the Allies decided not to annex any conquered lands. They immediately recognized some of those lands as independent nations, but they decided that those that were not yet ready for independence would be held in trust for the people who would someday achieve independence there. The trusts were known as mandates. The trustees were known as mandatories.

The Mandate, in its preamble, recognized “the historical connection of the Jewish people with Palestine” and “the grounds for reconstituting their national home in that country.”

Article 6 required the mandatory to “encourage … close settlement by Jews on the land.” Again, this applied to all of Western Palestine.

It is noteworthy that the British Mandate spoke of the Jews’ right to reconstitute their national home in Palestine. But the Allies did not presume to grant that right to the Jews. Rather, they made a point of specifying that right derived from history—from “the historical connection of the Jewish people with Palestine.”

When founding father and first Prime Minister David Ben-Gurion in 1948 proclaimed Israel’s independence, he relied on that historical right. He said “the right of the Jewish people to a national revival in its own country” was “reaffirmed by the Mandate of the League of Nations which gave explicit international recognition to the historic connection of the Jewish people with the Land of Israel and to their right to reconstitute their national home.”

The Carter administration’s Hansell letter completely ignored the rights of the Jewish people under the Palestine Mandate. It did acknowledge that the armistice lines drawn after Israel’s 1948-49 War of Independence were not borders, but merely “de facto boundaries.” Because that war against Israel was a war of aggression, the United States never recognized Jordan’s annexation of the West Bank. Accordingly, the Hansell letter noted that Jordan did not have “legitimate sovereign rights” in the West Bank. Yet the letter illogically implied that Jordan’s period of illegal occupation canceled the mandate-recognized rights of Jews to live in the West Bank. The letter said that Israel was in the West Bank solely as a “belligerent occupier” as a result of the 1967 war, and as such, had no right to create Jewish settlements there.

The “belligerent occupier” argument is questionable on a number of grounds. First, Israel’s position in the West Bank is not that of a nation occupying territory of another nation. When Israel took control in 1967, the West Bank had been under occupation by Jordan, which had seized it illegally and asserted a claim to it that had received virtually no international recognition. Just before Britain quit the Holy Land in 1948, the West Bank had been part of Mandate Palestine, so Israel had a stronger legal claim to it than did any other nation. In other words, when, in 1967, Israel finally acquired control over the West Bank, it was not taking over land that belonged to—or was in the lawful possession of—another nation.

And even if, for the sake of argument, one accepts the Hansell letter’s description of Israel, after the 1967 war, as a wartime belligerent occupier of the West Bank, the Fourth Geneva Convention can no longer be said to apply to the territory. There is no longer a war between Israel and Jordan; the two countries made peace formally by treaty in 1994. And though the Palestinian Authority is not a nation and therefore cannot be a party to the Geneva Conventions, it should be noted that it entered into the Oslo Accords with Israel in 1993, which established a diplomatic process for resolving claims to the West Bank. What all this means is that the Fourth Geneva Convention, on which the Hansell letter relied, governs circumstances of war and belligerency that have arguably never applied to Israel in the West Bank, but clearly have not applied since the early 1990s.

Israel’s West Bank settlements are controversial for many reasons. One can make practical policy arguments in favor of and against them, debating whether they serve Israel’s security interests and whether they advance or hinder the pursuit of a consensual peace. I’m not addressing any of those arguments here.

My concern is why Israel’s enemies have always ascribed enormous importance to denouncing the settlements not just on policy grounds, but as illegal. The reason is that the legal basis for the settlements is the same as that for the State of Israel itself. It is the 1922 Mandate, and its recognition that Jewish rights to a national home in Palestine derive from the historical connection of the Jews with that land.

The settlements may be wise or unwise, good or bad for security or for peace. But attacks on them as illegal serve to undermine the legitimacy of Israel, and that’s why Israel’s enemies have made such a point of asserting that the settlements violate international law.

As noted, when Ronald Reagan became president, he said he did not think the settlements were illegal. I was a young Middle East specialist on the national security council staff at the time and was asked to write a brief memo on the subject to the national security advisor for the president. Here’s what the body of the June 16, 1981 memo said, in its entirety:

The political context for this issue is the effort by Israel’s enemies to destroy Israel. An important part of that effort is ideological warfare, and important in that ideological war are the arguments that Israel is vulnerable because it is illegitimate, not morally confident, not deeply rooted in the land, not closely attached to its friends. So long as those enemies view Israel as vulnerable—and so long as they think they can someday defeat Israel—there will not be a consensual peace.

What the current U.S. administration did with its announcement about the legality of the settlements reinforced important messages. First, the United States is closely attached to Israel, and second, the historical connection of Israel with the land is strong and significant. Those messages have been bolstered by other administration actions, too, such as the move of the U.S. embassy in Israel to Jerusalem, the recognition of Israeli sovereignty over the Golan Heights, and through U.S.-Israeli defense and intelligence cooperation.

A point I made in a recent article bears reiteration: In the despair of the anti-Israel eliminationists is the best hope for a negotiated peace.

Douglas J. Feith, a senior fellow at Hudson Institute, served as Under Secretary of Defense for Policy in the George W. Bush Administration. This article is adapted from remarks delivered at a January 23, 2020 conference in the U.S. Capitol organized by the Endowment for Middle East Truth (EMET).