Back to the beginning – Jesus was not eligible to be messiah

Reposted from Sofiee Saguy’s Blog “Jesus is not for Jews” 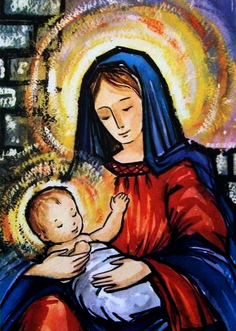 The Messiah (moshiach ben David — the messiah son of David) must be descended on his father’s side from King David (see B’reshit /  Genesis 49:10, Yeshayahu / Isaiah 11:1, Yirmiyahu / Jeremiah 23:5, 33:17; Yechezkel / Ezekiel 34:23-24).   If the virgin birth story was true, and Joseph was not the biological father of Jesus then Jesus did not even have the most basic right to even try to be the messiah.

The T’nach (Jewish bible) makes it clear that the messiah must be descended from King David and King David’s son Solomon.  Some missionaries will claim that the “promise” that the throne must pass through Solomon is conditional, but this is untrue.

2 Samuel 7:12-16 – When your days  (King David) will be completed and you will lie with your forefathers, then I shall raise up your seed after you, that which will issue from your loins, and I shall establish his kingdom. (13) He shall build a Temple for My sake, and I shall make firm the throne of his kingdom forever.

And then read 1 Chronicles 22:9-10 –  Behold a son will be born to you; he will be a man of peace, and I shall give him peace from all his enemies around about, for Solomon will be his name, and I shall give peace and quiet to Israel in his days. (10) He shall build a House in My Name, and he shall be to Me as a son, and I to him as a Father, and I shall prepare the throne of his kingdom forever.

And while you’re at it read 1 Kings 8:15-20; 1 Chronicles 17:11-15, 22:9-10, and 28:3-7. Torah is clear that the messiah must be a physical offspring of both David and Solomon. The Torah specifies that blood rights, such as tribal lineage, are transmitted exclusively from a father to his biological sons. Whenever the Israelites were selected to serve in the army, it was done “according to the house of their father (Bamidbar / Numbers 1:17 – 18).

Ergo the virgin birth totally disqualifies Jesus from being the messiah.

Let us assume, for the sake of argument, that Joseph was Jesus biological father.   Joseph impregnated his wife, Mary, and she gave birth to a child, Jesus.    The Christian bible tells us that Joseph was of the tribe of Judah, so would a normal human child from Joseph’s sperm be eligible to be the messiah?

The Christian bible gives two different and conflicting lineages for Joseph.   Some missionaries will claim that one of those is actually the lineage of Mary (even though the Christian bible says that both are the lineage of Joseph).    If one were Mary’s birth lineage it would be immaterial as a wife takes her husband’s tribe upon marriage.  Her birth tribe becomes moot (ancient history, unimportant).  A woman does not pass tribal rights to her children — that is passed only from the father as shown by all those passages quoted earlier in this post.

Does the lineage of Joseph given by Matthew and also by Luke put Jesus in the running to be the messiah?

Let’s examine each one.

Why does Matthew eliminate 4 kings representing 81 years of leadership?

This is inaccurate.  There were 18 generations — Matthew eliminated four of them.   The T’nach lists the list of lineage in three separate places in the T’nach.  Link.

Eliminating four generations still might put Joseph, and his sons, in line to claim kingship, but Mathew makes one more and far more serious error in his list.   Matthew left out a generation and the names given after Zerubbabel don’t match 1 Chronicles 3.  With such glaring errors can Matthew’s genealogy be trusted?

Matthew includes King Jeconiah in his lineage for Jesus and Joseph.  Yirmiyahu / Jeremiah 22:30 states that none of Jeconiah’s heirs will ever be kings of the Jews.   Thus by including Jeconiah in Jesus (and Joseph)’s lineages Matthew has just eliminated Jesus from the possibility of ever being an anointed (messiah) king of the Jews.

Some missionaries try to “get around” the problem of Jeconiah’s line being cursed and removed from the throne.  They claim that the curse on Jeconiah was lifted and they point to a Talmudic passage which says that Jeconiah repented, and G-d forgave him.  Yet missionaries reject the Talmud!  This missionary attempt to put Jeconiah back in the kingly lineage also throws a monkey wrench into the Christian theology that says that only blood can atone for sins.  If Jeconiah can ask for forgiveness and be forgiven, why does anyone need Jesus to die for their sins?

Bottom line regarding Matthew’s lineage for Joseph:  it excludes both Joseph and Jesus from kingship because it includes Jeconiah in the line and G-d removed him from any future descendants being kings.   (Again, if Joseph was not Jesus’ biological father he had no rights to the throne either).

OK, what about Luke?   Luke gives a totally different lineage than Matthew.   Would a male child from Joseph and his wife, Mary, be eligible for the Jewish throne?    The third chapter of Luke is irrelevant to this discussion because it describes lineage of David’s son Nathan, not Solomon. (Luke 3:31).   Based on Luke’s lineage Jesus would not have the correct pedigree to be messiah.

So from the very start — his lineage — Jesus was not eligible to be a messiah.   But having the right lineage (which many even alive today can boast — after all Solomon had 700 wives and 300 concubines) does not make anyone the messiah.

To be the messiah a man must not only have the right lineage (which Jesus lacked), he must also be anointed with the שֶֽׁמֶן מִשְׁחַת קֹדֶשׁ shemen mish’ḥat kodesh (“Oil of Anointment of Sanctity”).  Notice the word מִשְׁחַת /mish’ḥat?  It means anointment.  This special mixture of spice and olive oil is the only one that was used for “anointing” Jewish kings or priests.  You can read about it in Sh’mot /  Exodus 30:22-33:

” G-d spoke to Moses, saying: 30:23 You must take the finest fragrances, 500 [shekels] of distilled myrrh, [two] half portions, each consisting of 250 [shekels] of fragrant cinnamon and 250 [shekels] of fragrant cane, 30:24  and 500 shekels of cassia, all measured by the sanctuary standard, along with a gallon of olive oil. 30:25     Make it into sacred anointing oil. It shall be a blended compound, as made by a skilled perfumer, [made especially for] the sacred anointing oil. 30:26     Then use it to anoint the Communion Tent, the Ark of Testimony, 30:27     the table and all its utensils, the menorah and its utensils, the incense altar, 30:28     the sacrificial altar and all its utensils, the washstand and its base. 30:29     You will thus sanctify them, making them holy of holies, so that anything touching them becomes sanctified. 30:30     You must also anoint Aaron and his sons, sanctifying them as priests to Me. 30:31     Speak to the Israelites and tell them, ‘This shall be the sacred anointing oil to Me for all generations. 30:32     Do not pour it on the skin of any [unauthorized] person, and do not duplicate it with a similar formula. It is holy, and it must remain sacred to you. 30:33     If a person blends a similar formula, or places it on an unauthorized person, he shall be cut off [spiritually] from his people.”

Jesus was never anointed with this, the only oil used to anoint Jewish kings.  Any claims of being anointed by the “holy spirit” or another oil is immaterial — it is not the right method for anointing Jewish kings as defined by G-d in the Torah (bible).

Lastly, and most important of all, Jesus did not fulfill the messianic prophecies.   Missionaries counter that Jesus will fulfill these in the Second Coming, but Jewish sources show that the Messiah will fulfill the prophecies outright; in the T’nach no concept of a second coming exists.  In fact, the T’nach says when a person dies, “on that day his plans all perish.”  T’hillim / Psalm 146:4.

The excuse of Jesus’ “second coming” is an admission that Jesus failed to fulfill these essential Messianic passages.  Couldn’t anyone claim to be the messiah — and promise to fulfill the prophecies “next time”?   The question then becomes why anyone should believe that person was the Messiah when they first came upon the scene?

Paul seemed to realize that the two lineages were a problem.  He wrote “But avoid foolish controversies and genealogies and arguments and quarrels about the law, because these are unprofitable and useless.”  Titus 3:9.