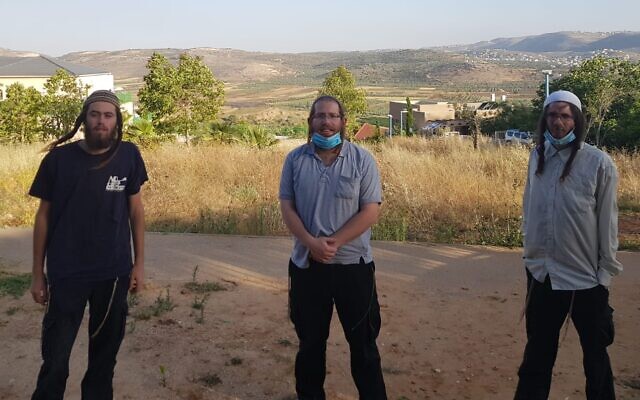 (From L-R) “It’s all ours” campaign organizers Elisha Yered, Yedidya Shapira and Yonatan Levi on June 3, 2020. (It’s all ours campaign)

Dozens of far-right Israeli activists have launched a campaign aimed at foiling the Trump peace plan that they say will include establishing outposts in parts of the West Bank that are earmarked for the Palestinian state envisioned by the proposal.

Organizers of the “It’s all ours” campaign say their efforts will progress in three stages during the coming weeks leading up to the July 1 date on which Prime Minister Benjamin Netanyahu has vowed to begin advancing annexation of parts of the West Bank with US backing.

The campaign marks the latest effort to oppose the Trump plan, which despite its envisioning of Israel annexing all West Bank settlements in addition to the Jordan Valley, has faced significant opposition from settler leaders, senior figures in the national religious camp, and now younger, ultra-nationalist activists as well.

The first stage of the “It’s all ours” campaign was launched late Thursday night and saw over 100 hilltop youth and students from national religious yeshivas around the country plastering over 5,500 fliers along roads and bus stops throughout the West Bank, warning against “the danger of the division of the land that is on the horizon.” 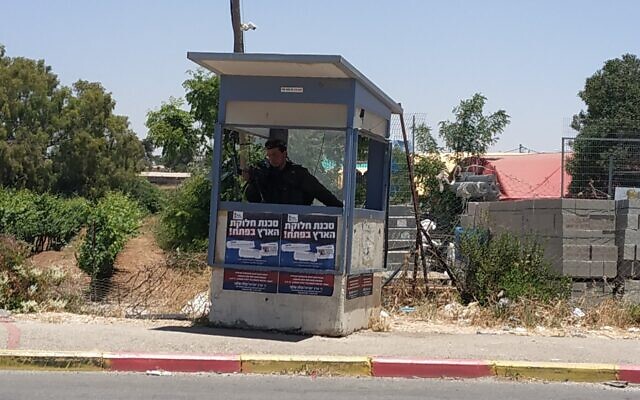 The “It’s all ours” organizers say the next stage will include rallies and marches  throughout the West Bank as early as later this week.

The campaign will then climax with the establishment of illegal outposts in “strategic areas” beyond the Green Line, regardless of whether they are located in Areas A, B, or C.

Until now, Israeli settlers have focused almost exclusively on settling in Area C — the 60% of the West Bank, which according to the 1995 Oslo Accords falls under Israeli security and civilian control. A handful of outposts have gone up in Area B where Israel has security control, but the Palestinian Authority is in charge of civilian matters, but Israeli security forces have worked to swiftly demolish such illegal building. Area A, on the other hand, is under full PA control and has rarely experienced any attempts by Israelis to settle there.

“Our mission is to break through the current boundaries of settlement. If we settle with existing communities, we will lose most of Judea and Samaria and establish a Palestinian state will be established there,” the campaign organizers wrote on the thousands of fliers distributed throughout the West Bank. 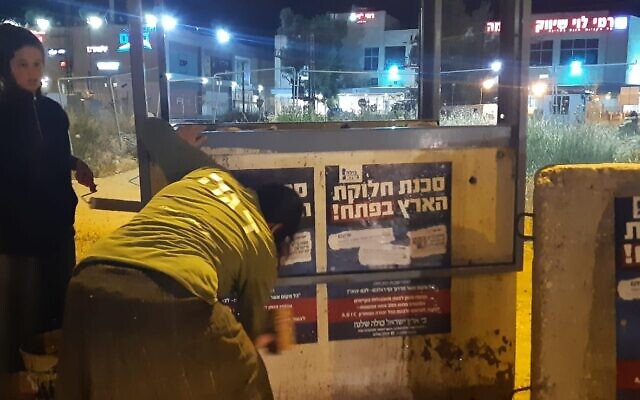 Among the “it’s all ours” leaders is Yedidya Shapira, a 25-year-old father of two from the central West Bank settlement of Beit El.

He argued that the Trump plan posed a “challenge as well as an opportunity” for the settler movement. If the proposal says that the 30% where we are located is ours, then it is our responsibility to settle the remaining 70% to show that it is ours as well.”

“We can only demand where we settle,” Shapira said, echoing a major tenant of the Trump peace plan, which states that no Israelis or Palestinians will be uprooted from their homes as a part of its “realistic two state solution.”

He revealed that before the pandemic, the campaign leadership had already started scoping out hilltops for the establishment of new wildcat communities.

Shapira said he was not concerned about the risks establishing remote outposts in areas that are under PA control. “The IDF is responsible for the security of Israelis no matter where they are and they’ll protect us.” 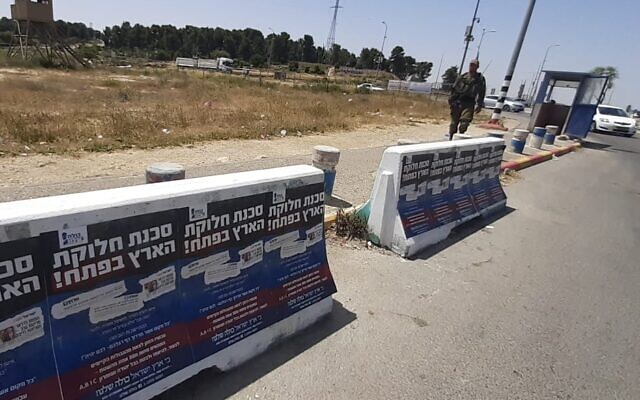 Asked whether there was any strategic value in accepting the Trump plan in order to receive US backing for annexation of at least part of the West Bank, when the PA is almost certain to reject an offer for statehood on what remains, another member of the campaign, Sarah Miriam Malt emphatically rejected the idea.

“Opposing the division of the land is a fundamental belief based on the Bible. I have no moral right to give that of because the moment I do so, we lose the legitimacy of our claims,” said the 27-year-old mother of four from the Geulat Zion outpost in the central West Bank.

Despite the rather homogeneous makeup of the “it’s all ours” supporters, Malt insisted that a majority of Jewish Israelis support their goals and recognize that “we have a right to be here and that no other people has such a right.” The goal of the campaign, she argued, is to “awaken the public” in the hopes that more will join them in acting upon that prerogative.