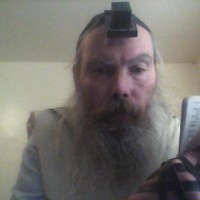 Under the terms of the Mandate for Palestine, Article 5 to be exact, Judea and Shomron/Samaria are Jewish territories and the Jews of that territory are guaranteed territorial integrity!

While some posit that the territory became terra nullius (a vacuum of sovereignty); Treaty Law (e.g. Anglo-American Treaty of 1924) guarantees “close Jewish settlement on the land” and Article 5 stipulates that “No Palestine territory shall be ceded or leased to, or in any way placed under the control of the Government of any foreign Power.”

Because the Hashemites are a foreign power having their origins in Mecca, (Kingdom of the Hejaz), it was a breach of Articles 5, 6, 15 and 25 of the Mandate for Palestine for the “Mandatory” (The UK) to establish the Kingdom of trans-Jordan.

That said, the San Remo Resolution which culminated the 1919–1920 Paris Peace Conference granted sovereignty over Judea and Shomron/Samaria to the “Indigenous” Jewish Community of Eretz Yisrael based on the strength of the Faisal-Weizmann Agreement.

The Unlawful Islamic Hashemite Occupation and Annexation of East Jerusalem and Judea and Shomron/Samaria resulted in the destruction of the Old City of Jerusalem and the Ethnic Cleansing of the Jews from these areas/territories.

The Arabs were given political rights in the Mandates for Mesopotamia (Iraq), Syria and Lebanon and achieved Independence as understood by the Faisal-Weizmann Agreement when they established the Kingdom of the Hejaz! The Arabs are Indigenous to the Arabian Peninsula and for that reason were allocated political rights in those Mandates.

When the Hashemites were driven out of Syria, and from the Kingdom of the Hejaz the UK set up or established Abdullah I as the Emir of trans-Jordan in violation of the Mandate for Palestine.

Had the Arabs not invaded Eretz Yisrael and ethnically cleansed East Jerusalem and Judea and Shomron/Samaria of it’s Jewish population, and had they not voted at the December 1948 Jericho Conference for Abdullah I of trans-Jordan as their sovereign (as contemplated by Section III of UNGA Resolution 181 [election of independent sovereign]) there would be no “disputed territory” called the West Bank!

All of that said, the territory in question, (Jerusalem and Judea and Shomron/Samaria) became a sovereign sui generis Constitutional Monarchy; the Independent Kingdom of Eretz Yisrael on 04/07/2019 by virtue of a Declaration of Independence formally published on that date!